Down the Zarafshon river, following the old Uzbekistan Silk Road is the ancient Bukhara city. The plenty of mosques, historical architectural turquoise domes, and detailed tilework transformed Bukhara’s city center into a museum where only pedestrians are allowed and cars cannot come. For that reason, plan to spend about two days of your Uzbekistan itinerary exploring beautiful Bukhara on foot.

Things to do in Bukhara, Uzbekistan

Bukhara is located west of Samarkand and attracts many visitors but due to the labyrinth of narrow streets and green parks, the streets seem quiet and calm. 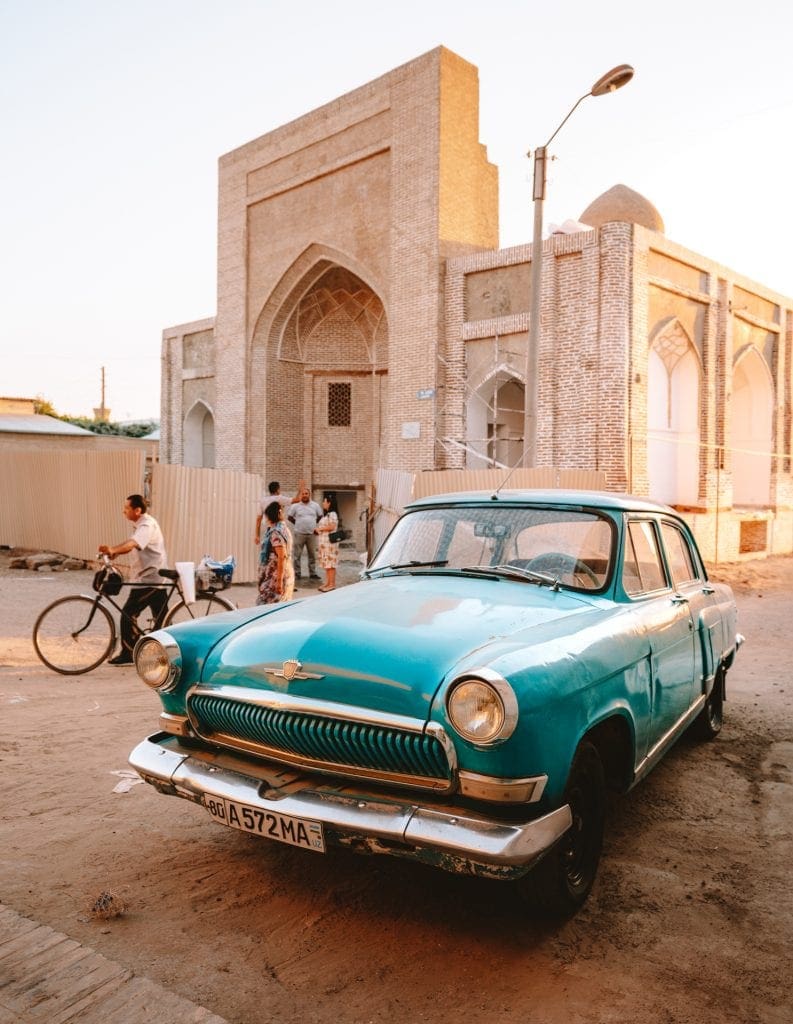 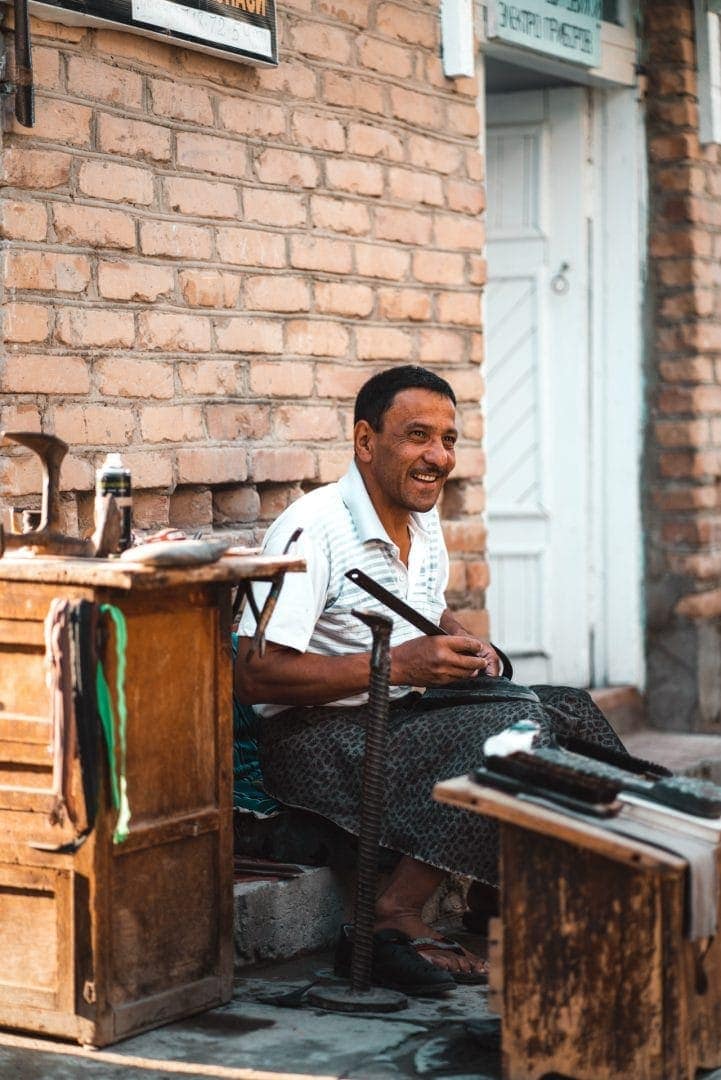 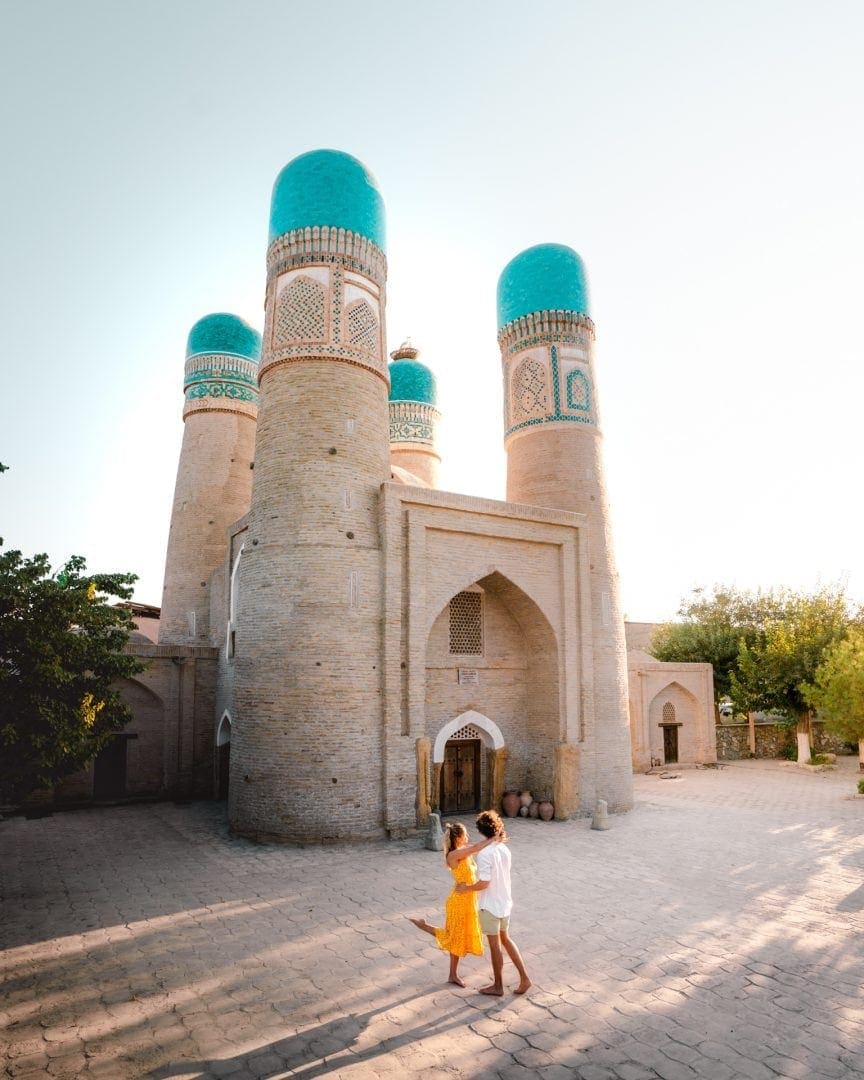 Tucked away in the middle of a neighborhood of Bukhara is the Chor Minor mosque. A beautiful, small, and unique looking mosque with four minarets that are fairly new compared to the other mosques of Bukhara. During the morning, you can experience calm streets and the sun rising from behind the minarets. Inside is a small souvenir shop and for a small fee, you are allowed to climb to the top. 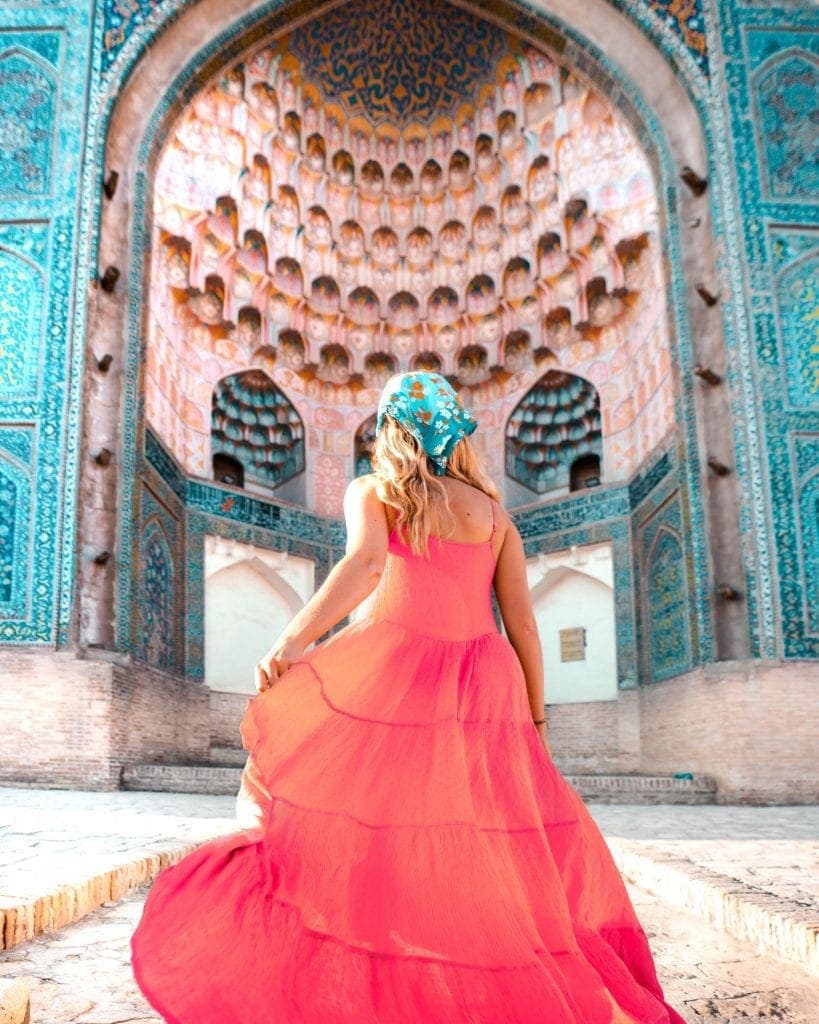 Lyabi Khauz is a popular plaza for locals to hang, the pond and park are surrounded by great cafes and shops selling rugs and other handicrafts. Long ago there were hundreds of these ponds but they got removed because it was prone to spreading diseases. 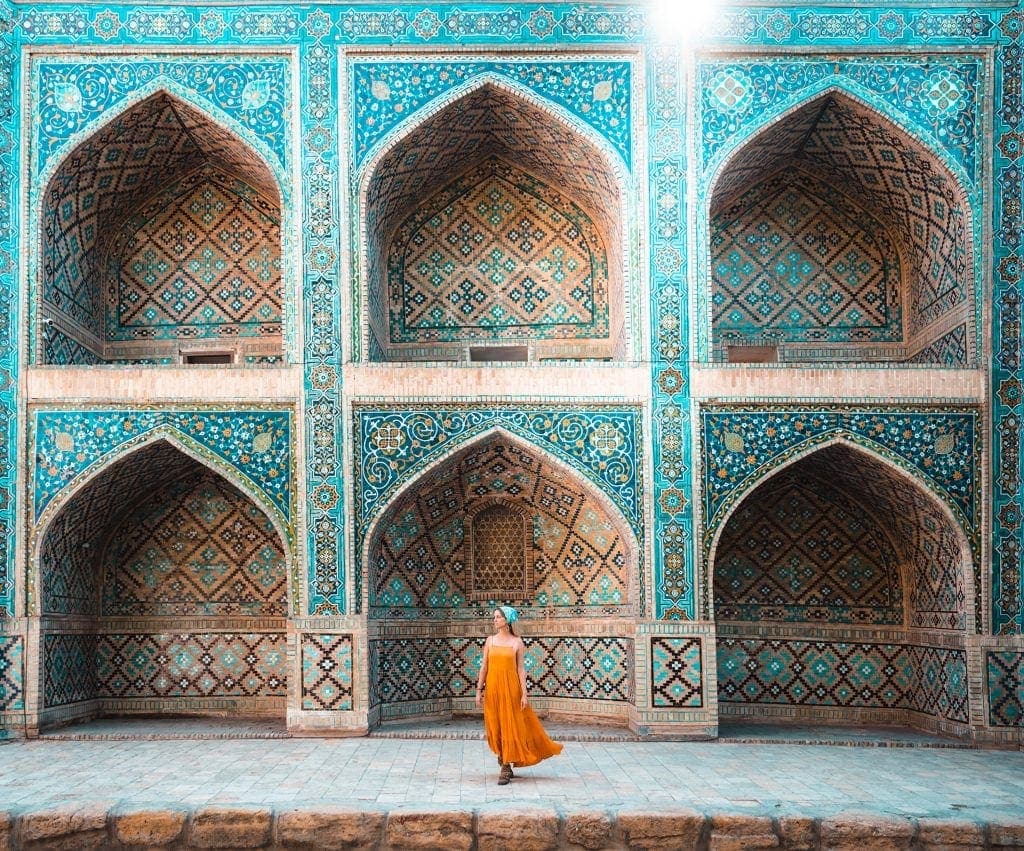 The city’s most iconic place is the Po-i Kalyan Complex. Three jaw-dropping buildings where you will end up spending a lot more time here compared to the other things to do in Bukhara.

It’s one of the oldest cities in the world. It was founded around the 7th century BC, making it even older than Rome!

One of the main reasons to visit Samarkand is to marvel at the stunning Islamic architecture of its mosques and mausoleums. Poets and historians described the city as “The Pearl of the Eastern Muslim World”. If you love UNESCO World Heritage sites, unique masterpieces of ancient architecture, glittering minarets, dazzling turquoise domes and hypnotic mosaics, then you’ll love Samarkand!

In 2017 it was already quite a touristic city and since my second visit in 2019, the number of tourists has tripled! Samarkand is currently THE hotspot of Uzbekistan, especially since the country introduced free visas on arrival. As tourism is growing, so is the number of souvenir stands that are spilling out of every nook and cranny around the main sights. If you’re hoping to take beautiful pictures of the stunning Islamic architecture without any tourist bombing your photo, you’ll have to be very patient!

Know that the standard rate for getting around Samarkand by taxi is 4000 UZS. To get from the station to the city center is usually 5000 UZS. Never get into a taxi before agreeing on the price. If you’re at a bazaar or in a shop, bargain down the price at least half of what is asked.

Uzbekistan also introduced the ‘tourist police’. You’ll find their boots in every touristic city. So in case you’d ever feel unsafe – which I highly doubt – just go to one of those touristic police stands and they will help you.