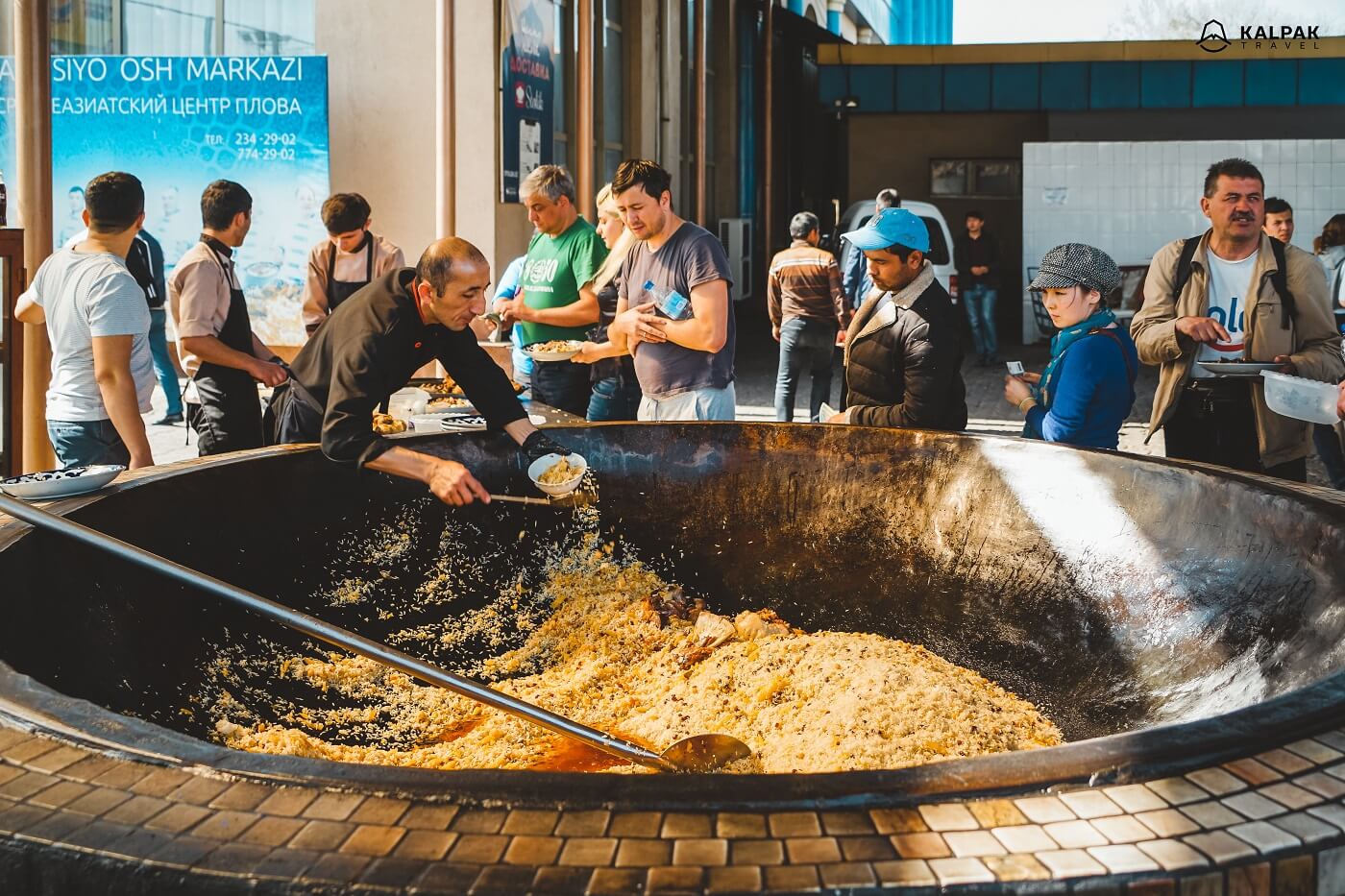 The main dish in Uzbekistan is called plov. There are around 200 varieties of this meal. It’s so important to Uzbek cuisine and culture that it is featured as Intangible Cultural Heritage of Humanity by UNESCO. Nationwide competitions are held to see who can make the best plov. It is of great social and cultural significance to the local population and as a consequence, served at all big events and ceremonies. Its main ingredients are lamb or beef fried in a large kazan (cauldron) with onions and yellow or orange carrots. It can be served additionally with kazy (local sausage), eggs and, occasionally, with lemons. The best place to try plov in Uzbekistan is in Tashkent or Samarkand, although every city and even family has its own special plov recipe. In Tashkent, you can go to a plov centre that serves only plov in the afternoon and you can see how it is cooked in huge cauldrons, moreover, you can choose what you want on your plov. 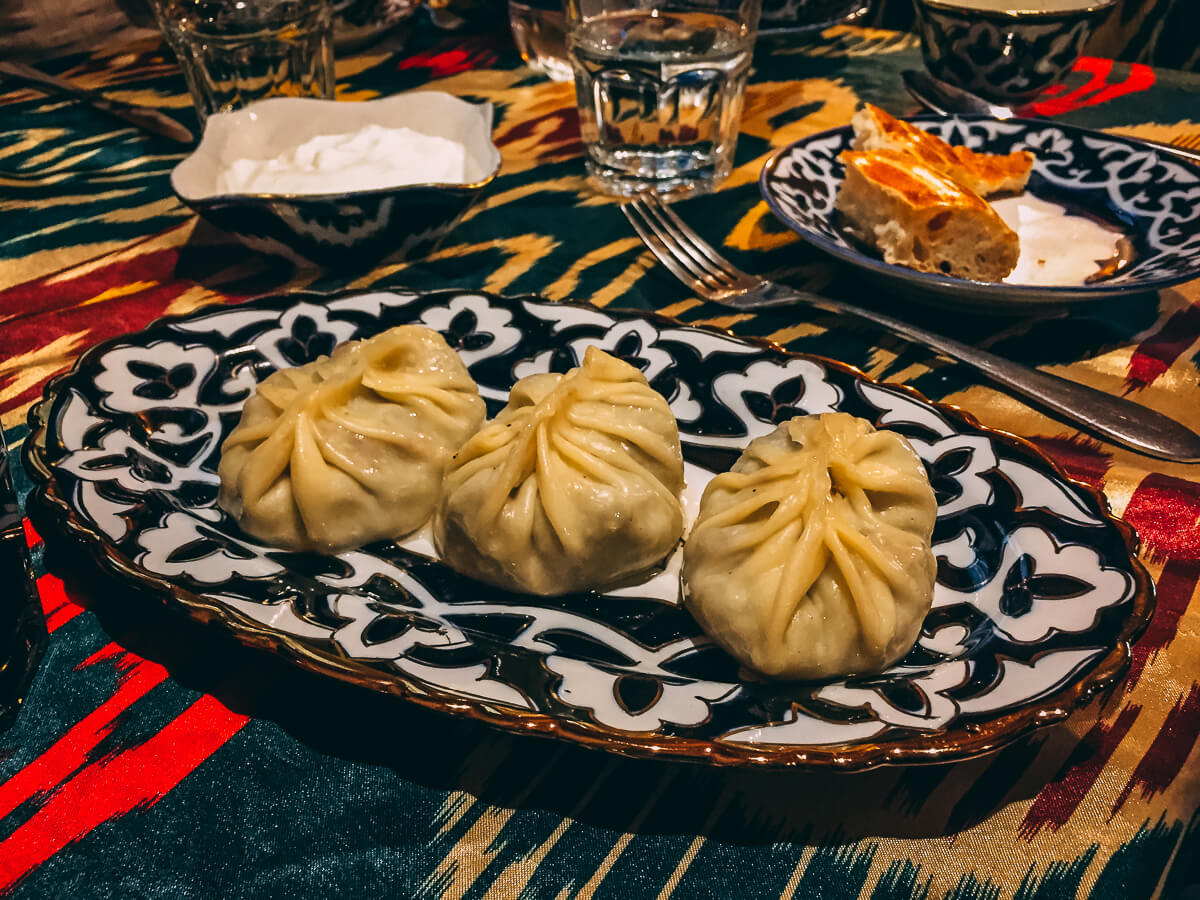 Manty is a dumpling stuffed with minced meat, fat and onions. It is cooked over steam and served with ketchup, vinegar or sour cream. There are also variations with pumpkin or potatoes without meat, though you won’t find these in every restaurant. 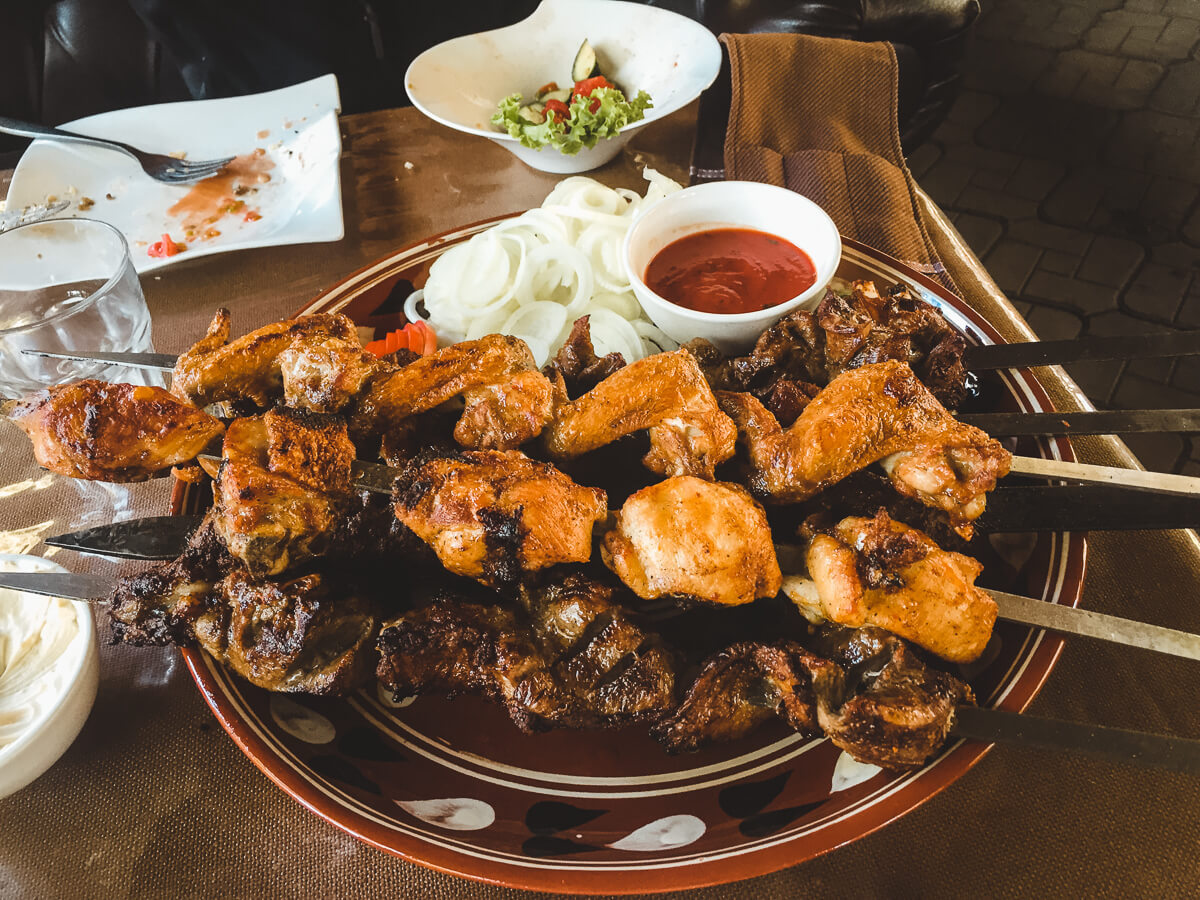 Shashlyk is a very popular meal in a region stretching from Central Asia to Eastern Europe and the Mediterranean. It is usually made from mutton or beef; alternating pieces of meat and fat are well spiced and marinated. It is served with pickled onions. It can be ordered as an add on to the main national dishes or separately as a side dish. In many cafes, you can also get chicken, chicken wings or assorted shashlyks, prepared just like at barbecues over hot coals. 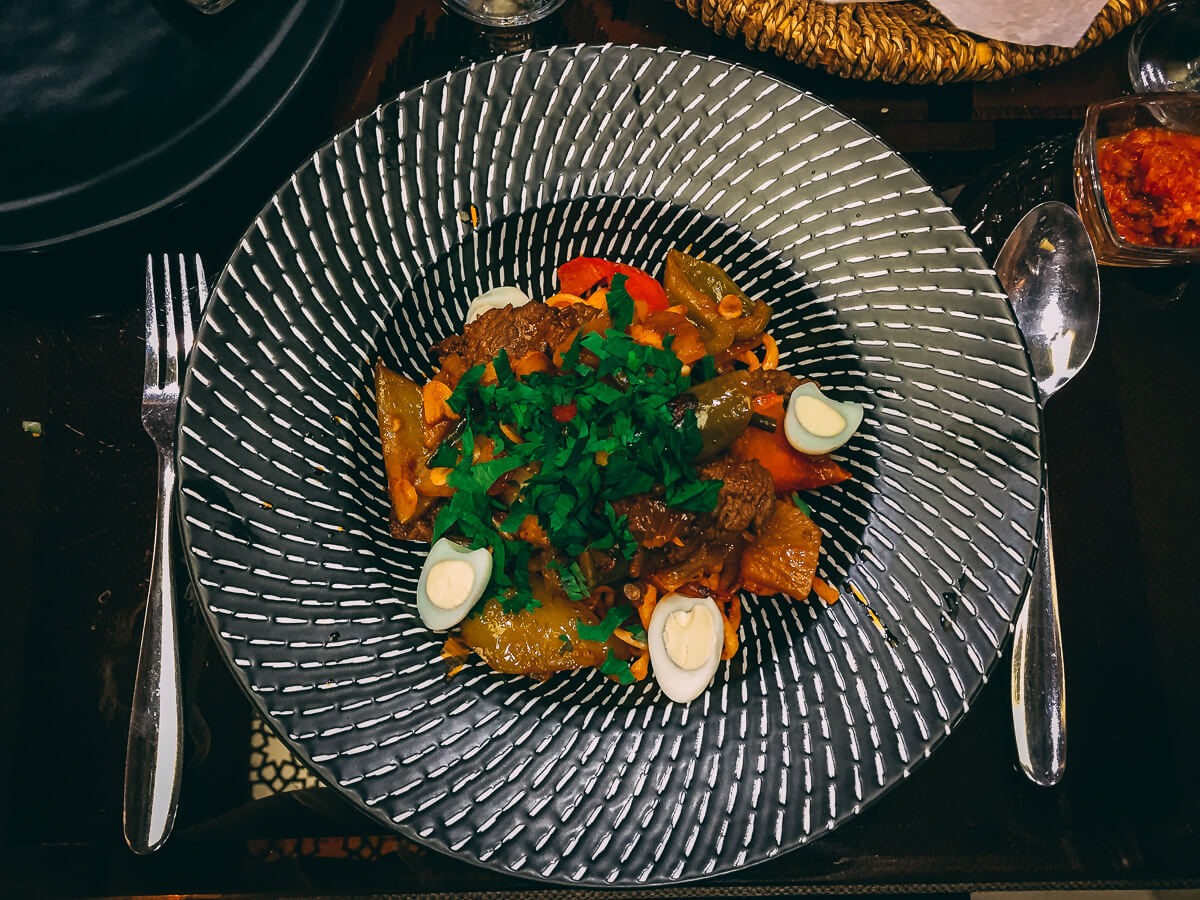 Lagman is basically handmade pulled noodles in a meat or vegetable sauce. The meat is usually beef, while the vegetables include bell peppers, garlic, onion and fresh herbs. Depending on the location, additional vegetables are added. It has numerous variations from soups to main course dishes. Lagman is a soup, Qavurma Lagman is served as a main dish without broth to it. 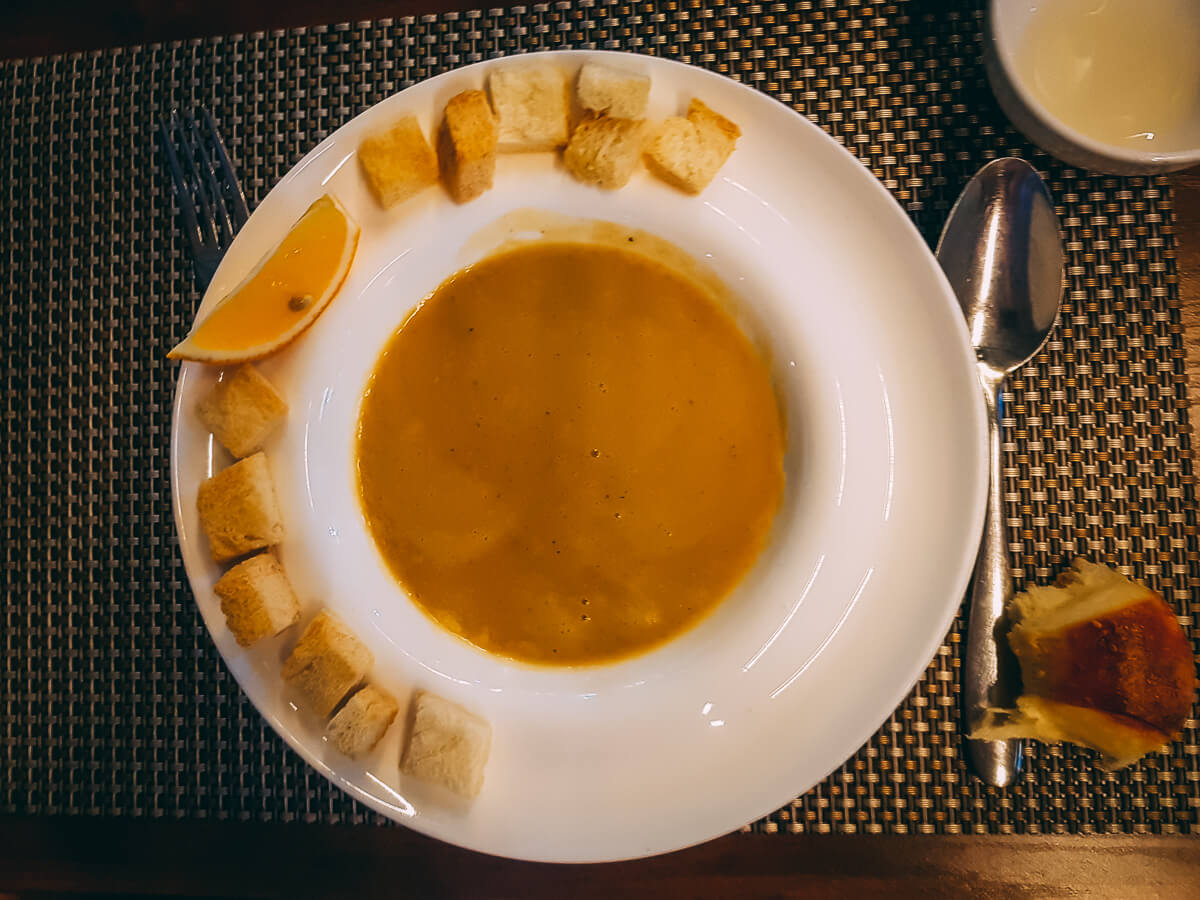 Soups are very popular in Uzbekistan, even on the hottest of summer days. A popular type of soup is a meat broth soup with big pieces of meat, very often fatty mutton. Its other ingredients comprise pieces of carrot and potato and of course a sprinkling of fresh herbs. Variations of this soup also include noodles or beans cooked in the meat broth and with sour cream in it. In most places, you can also get creamy vegetable lentil soup. 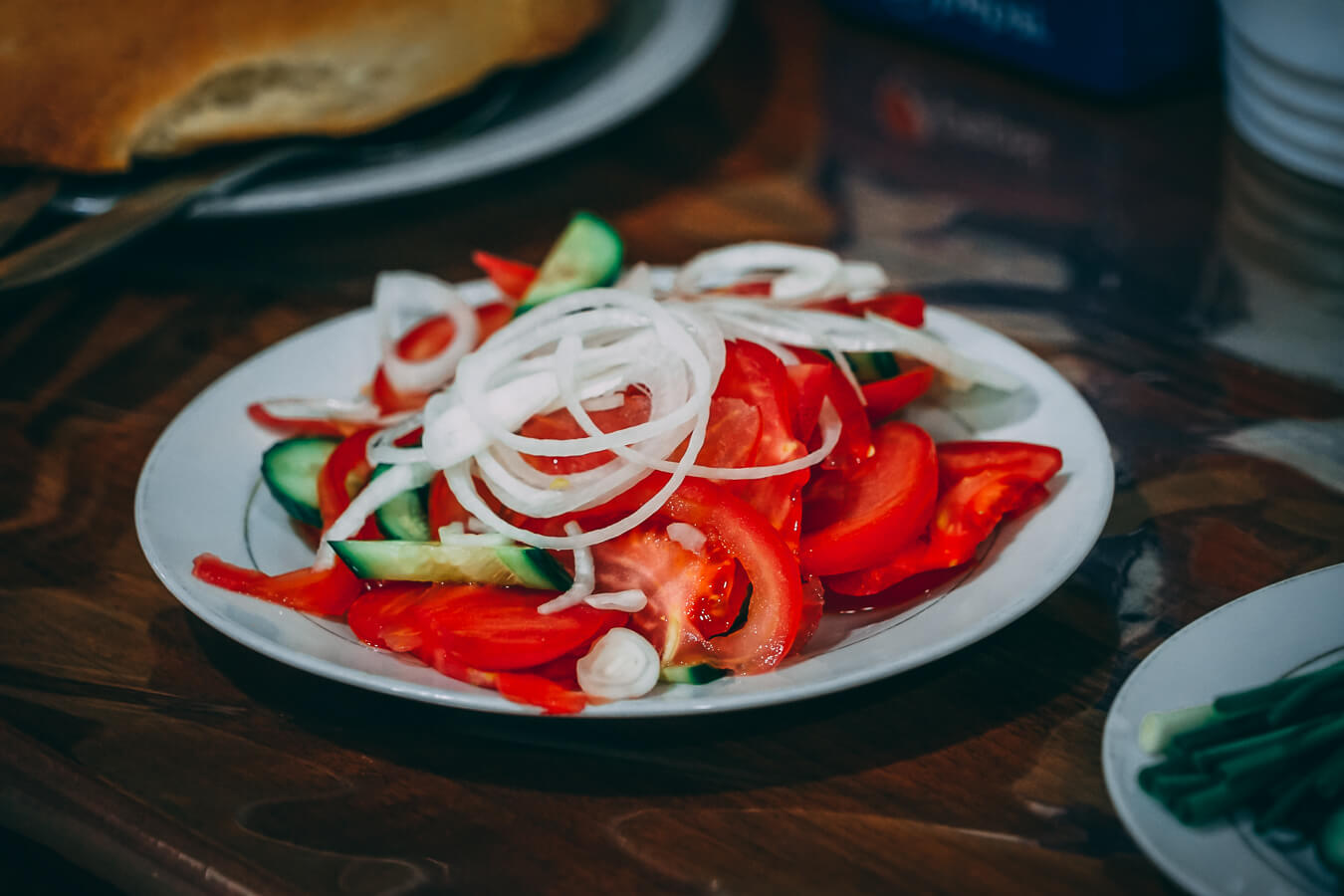 The salad that’s most typical in Central Asia is a tomato, cucumber and onion salad. The dressing can be mayonnaise or oil, but most often it’s just sprinkled with salt, pepper and fresh herbs. Most of the salads are made with produce that’s grown locally. You can also get carrot, beet or cabbage salad.